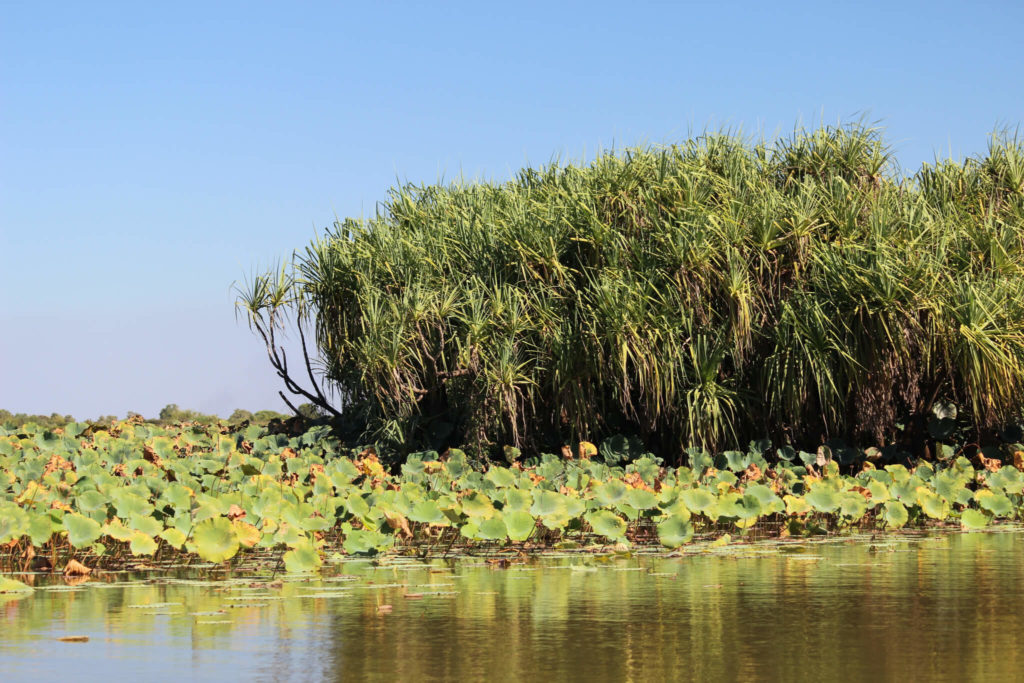 This part of Corroboree Billabong is situated on Marrakai Station, a cattle station privately owned under a pastoral lease. As you travel along the Billabong by boat, you will enter Mary River National Park land which merges into Rockhole which is also accessible by dirt road.

Corroboree Billabong and surrounding wetlands are a crucial part of the Northern Territory’s ecosystem, serving as one of the largest breeding grounds for Magpie Geese and playing host to one of the highest crocodile population concentrations in the whole world. Over 280 bird species also call the area home making it a photographer’s paradise.

The banks of the Corroboree Billabong are lined with vast stands of lotus flowers and water lilies which are an incredible site to see. 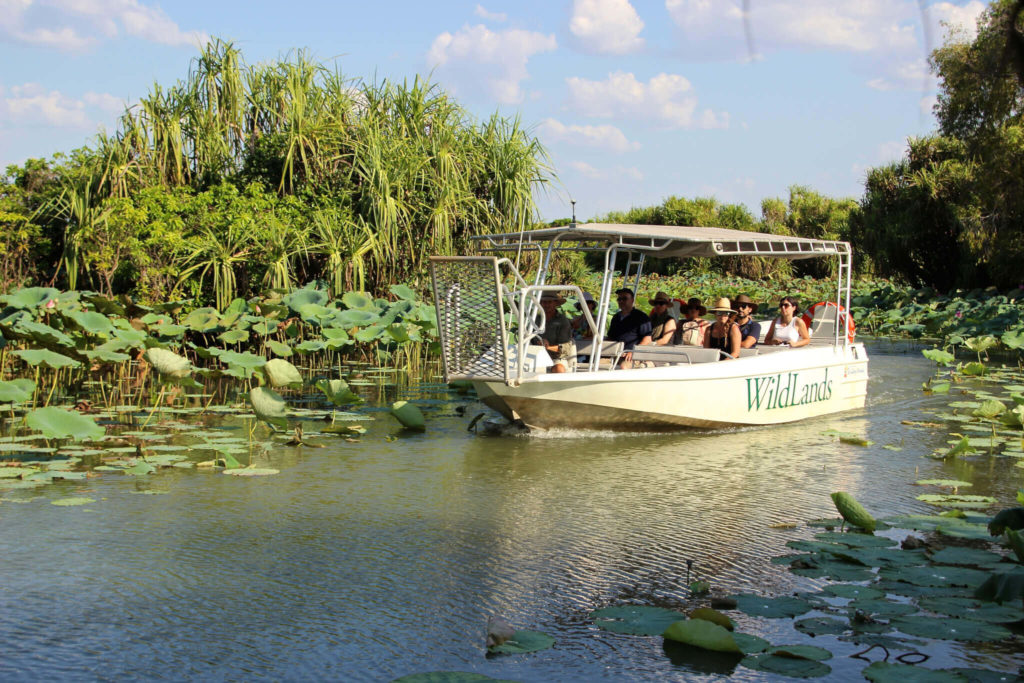 Both Corroboree Billabong and Rockhole are popular Barramundi fishing destinations, particularly during runoff, usually March to April, after the wet season.

Corroboree Billabong is inaccessible during the wet season due to flooding in the area which prevents road access. If you’re curious as to how high water levels get, you can see the flood marks on the walls of the public bathrooms!

There is no place in the world quite like Corroboree Billabong, it is definitely a place you don’t want to miss on your trip to the NT. Make sure you book a cruise with us so you can experience all that it has to offer. 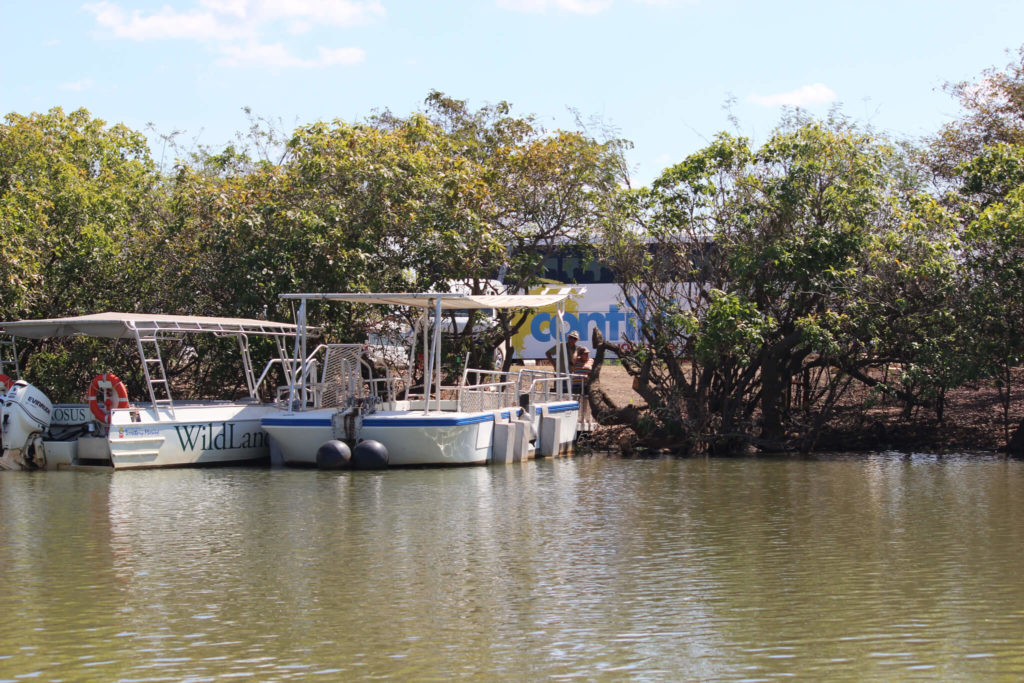 One of the first things you will notice when you visit Corroboree Billabong during the dry season is the innumerable lotus flowers that line the ...