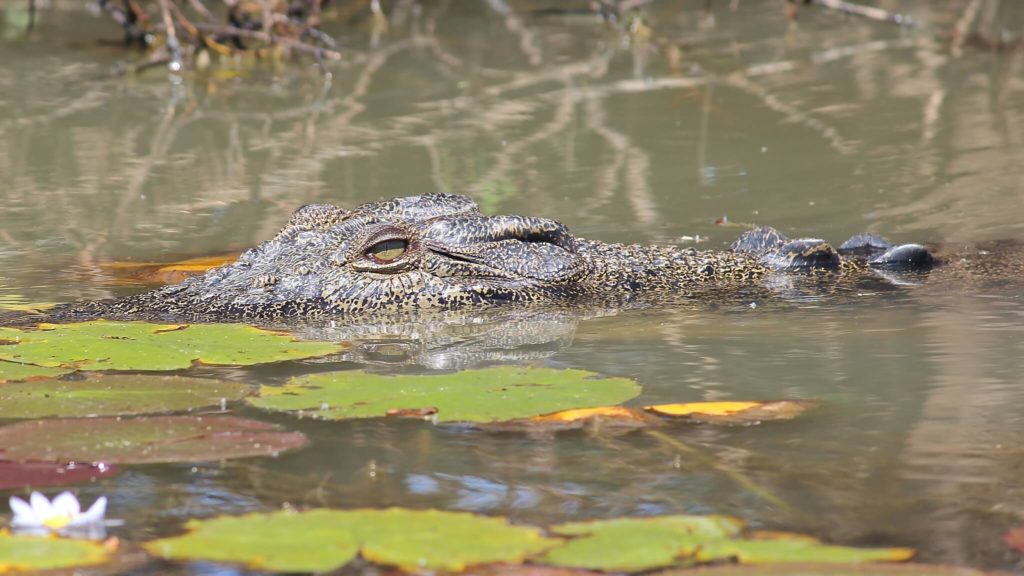 The Australian Estuarine or Saltwater Crocodile (Crocodylus Porosus) is one of the major draw cards for visitors to the Top End. As it is one of the largest reptiles in the world, it’s hardly any surprise! Males can grow up to 6 or 7m in length, though this size is rare with 5m being considered a very large croc.

Their name is actually quite misleading – while they are able to survive in salt water systems, they are just as happy in fresh water systems. Crocodiles typically prey on small reptiles, fish and wading birds, but have been known to take wild pigs, buffalo and livestock. 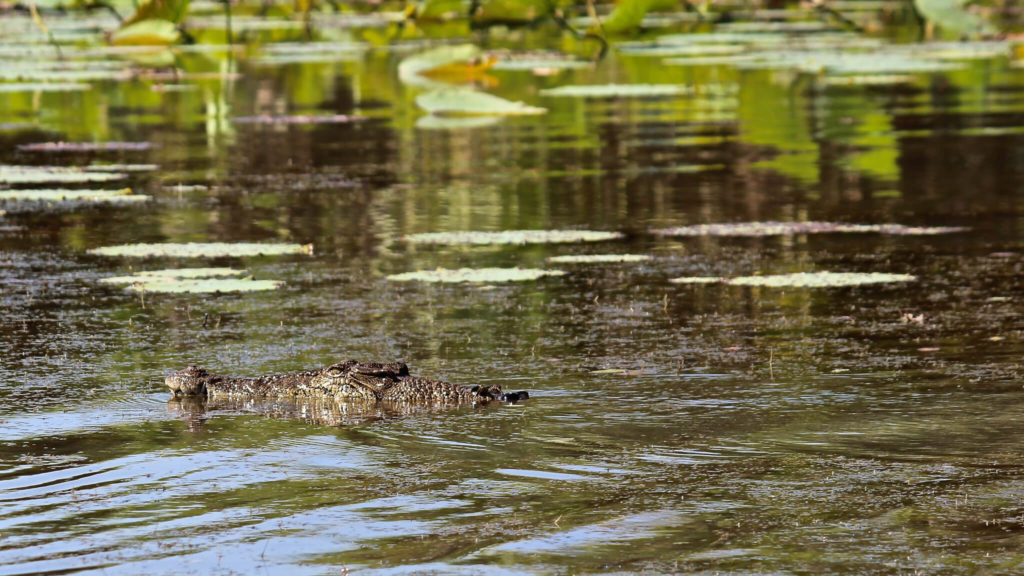 These amazing creatures are native to the northern parts of Australia, as well as parts of South-East Asia such as Indonesia, the Phillipines, Malaysia, Thailand, Cambodia, Papua New Guinea, India, Vanuatu and the Solomon Islands. Their ability to travel up to 1000 km by sea has been credited as the reason for their extensive distribution.

During the late 1940s to 1970s, saltwater crocodiles were hunted extensively for their hide which is one of the most valuable varieties of crocodile hide in the world. This led to their population being severely depleted forcing the Australian government to make Saltwater Crocodiles a protected species. This decision has allowed their population to return to an estimated 150, 000. Many breeding programs have been started up for hide and meat production with crocodile farms exporting millions of dollars worth of crocodile leather each year – the biggest buyers being international fashion design labels.

A re-increase of crocodile numbers has seen them move further inland in search of their own territory and closer to human settlements. The aggressive, territorial nature of Saltwater Crocodiles means that many water systems that were previously safe to swim in, are not any more. Park Rangers have to continually monitor popular swimming holes, trapping and relocating crocodiles, and closing waterholes to swimming when there is a possibility of crocodiles (particularly during the wet season) to keep members of the public safe. 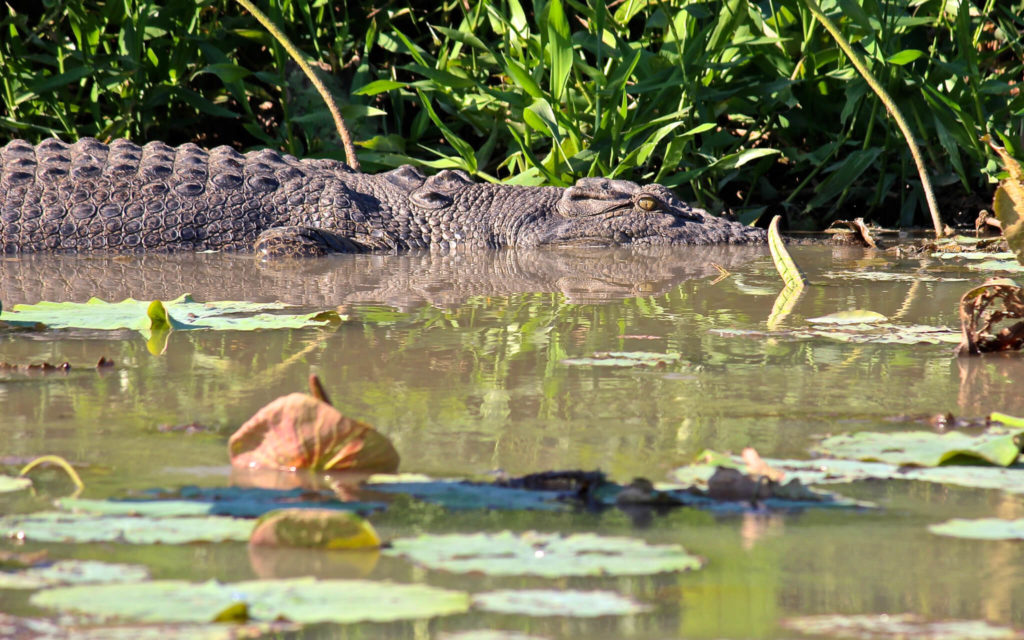 In 2014, our very own Scotty spotted around 10 massive crocodiles guarding a buffalo carcass for around three days as they took turns to eat it. Normally very territorial creatures, it was extremely unusual to see so many in such a small area!

While there are plenty of crocodile farms and parks to visit in Darwin, it is nothing like seeing their heads pop silently out of the water or watching them bask in the sun in their natural habitat. The Mary River Wetlands system is home to one of the highest crocodile populations in the world so you are basically guaranteed to see at least one (if not many) on one of our safari cruises. Our tour guides know exactly how to spot the difficult to find creatures who often blend into their environment and our specially designed boats allow you to get in close and personal so you can get the pictures that will make your friends and family jealous of your trip.

Don’t wait, book a cruise now, before they sell out!